EASTON, Md. — A one-of-a-kind Christian broadcaster is launching the first-ever faith-based video-on-demand service in the Middle East and North Africa — sharing the hope of the gospel with a new generation glued to their phones during the pandemic. 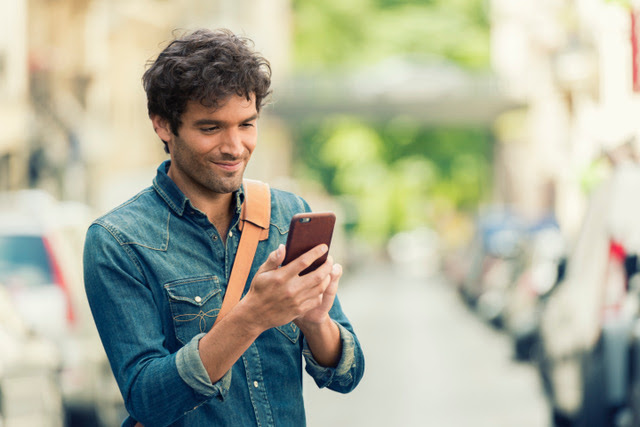 The new streaming service comes as people across the volatile region — including those in their late teens and early 20s, known as Gen Z — search for hope online amid the continuing pandemic and soaring unemployment.

After 25 years of locally-presented Christian satellite television broadcasting in the Middle East and North Africa, SAT-7 (www.sat7usa.org) says the SAT-7 PLUS video streaming service will be a “game-changer,” giving millions living in countries closed to the gospel the ability to watch culturally-sensitive Christian programs whenever they want in their own language, and without being tracked.

“For millions stuck at home and desperate to see signs of hope in their world, satellite television and online streaming can be their life support,” said SAT-7 CEO Rita El-Mounayer. “This year, SAT-7 PLUS will bring the hope of Jesus to more people, in more places, directly into homes across the Middle East and North Africa.”

Around the world, on-demand video streaming on smartphones, tablets and smart TVs has skyrocketed in the past year — and the Middle East and North Africa is no exception, said Antoine Karam, director of SAT-7 PLUS. “People are anxious to see real hope right now. And now they’ll be able to access hope all day, every day with this free on-demand service.”

Amid strict lockdowns, millions in Iran, Turkey, Syria, Egypt and other countries turn to SAT-7 for emotional and spiritual support, as well as health advice, through programs in the local languages of Farsi, Turkish and Arabic.

In places closed to Christian activity, satellite television and online services cross borders, bringing the message of gospel hope seen through the lives of local Christians straight into people’s homes.

The network’s presenters — all local Christians broadcasting out of studios across the Middle East and North Africa — are a lifeline for viewers on the brink of giving up, living in fear of COVID-19, and those who are suicidal. Viewers can call in or message on social media to chat with a SAT-7 team member in real-time.

Show hosts are especially eager to connect with the young generation — Gen Z and others — streaming video content for hours on their phones and mobile devices.

“We aim to break through the ‘dark box’ that mobile devices can be for young people, and bring them hope using the same technology,” Karam said. “Just one word from Jesus can be a game-changer.”

Last year, the network saw a massive surge in viewers and social media activity across all its channels, including children’s channel SAT-7 KIDS and education channel SAT-7 ACADEMY.

PHOTO CUTLINE: ‘VISUAL GOSPEL’ GOES ‘ON-DEMAND’ IN MIDDLE EAST: Christian satellite broadcaster SAT-7 (www.sat7usa.org) is launching the first-ever faith-based video-on-demand service in the Middle East and North Africa — sharing the hope of the gospel with a new generation glued to their phones during the pandemic. The network anticipates many more young people in countries like Iran, Turkey and Syria will stream Christian programs on their phones and mobile devices.

Don’t miss out on our workshop at the CLA Outcomes conference!