LOVES PARK, Il. — Churches in the first-ever country to adopt Christianity as its national religion are confronting “the rawest imaginable trauma” in the wake of a “forgotten” war.

With the news dominated by Afghanistan — and the recent focus on the 20th anniversary of 9/11 in the U.S. — the victims of the lesser-known Armenia-Azerbaijan conflict continue to suffer out of the media spotlight. 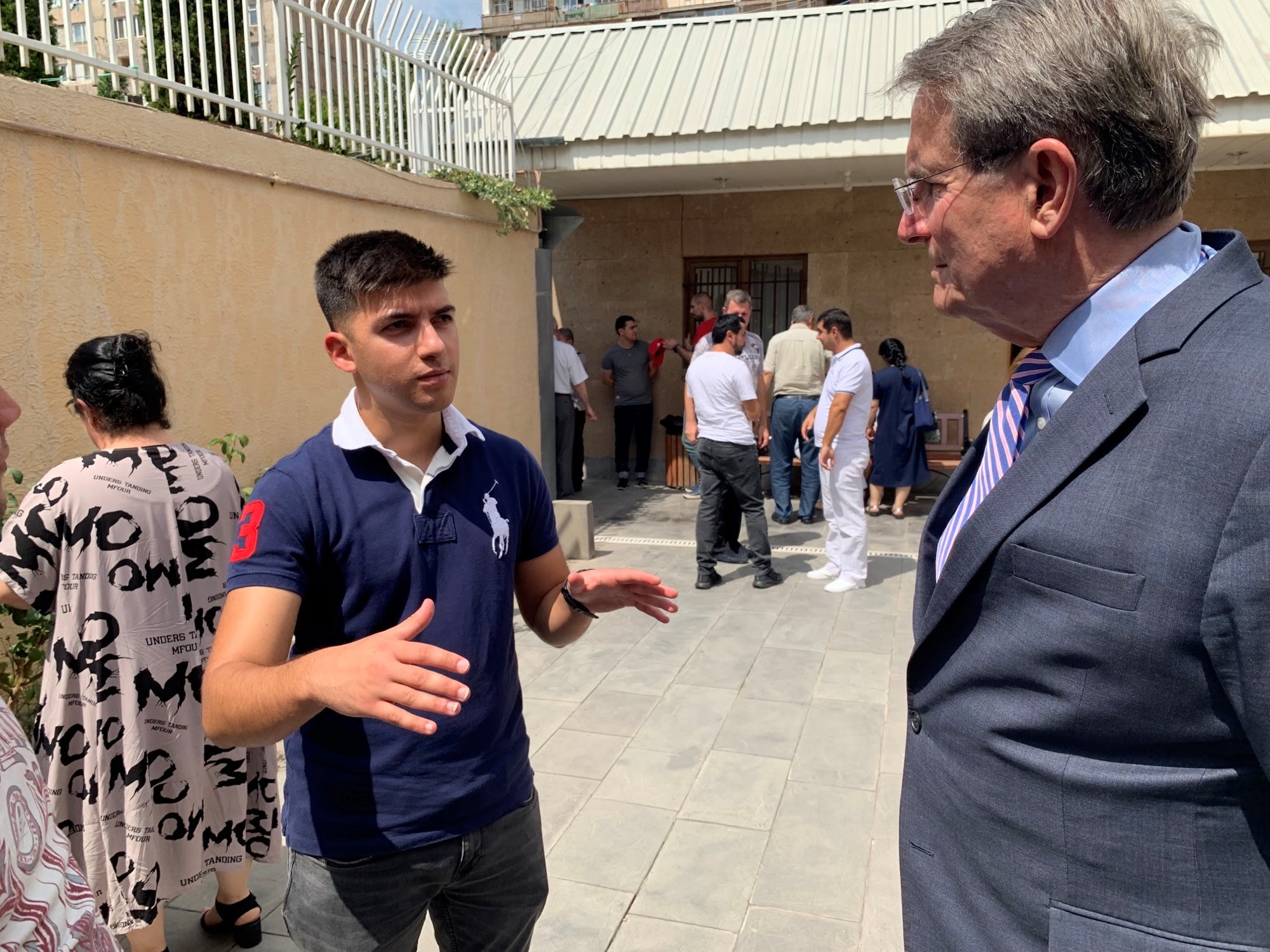 The 44-day war last fall — the latest clash in a long-running conflict over territory — left at least 6,500 dead and uprooted more than 30,000 Armenians. More than 2,700 lost their lives on the Azerbaijan side.

‘Lament’ Grips Grieving Families
“The grief is hard to describe,” said one pastor partnering with Illinois-based mission agency Slavic Gospel Association (SGA, www.sga.org). “We have heard the lament. The word ‘love’ seems to freeze in the hearts of people who’ve lost their father or mother, son or daughter, with some having lost (their) whole family.”

Another pastor said two sisters, ages 15 and 17, were killed in the most recent bombing. The oldest was engaged to be married.

Experiencing ‘Rawest’ Trauma
“While nearly all the attention right now is on Afghanistan, the intense suffering of thousands of fragile families in Armenia and Azerbaijan has gone virtually unnoticed by the outside world,” said SGA president Michael Johnson. “On both sides, they’re experiencing the rawest imaginable trauma.”

SGA provides humanitarian aid through a network of local churches in the land-locked nation of Armenia, bordering the nations of Iran and Turkey, as well as Mt. Ararat — where Noah’s Ark landed, according to the biblical account.

Local churches partnering with SGA are delivering food to hungry families, uprooted from their homes — while church workers pray with neighbors still grieving in the war zone.

Consoling the Heartbroken
“Pastors and church members who’ve lost their own children are consoling their heartbroken neighbors, and sharing the hope of the Gospel with them,” said Johnson, who just visited Armenia. “In the first-ever country to adopt Christianity as its national religion in around 300 A.D., the church is still very much alive and growing rapidly. This summer, 10,000 children attended church-run Christian camps.”

The organization’s Immanuel’s Child outreach provides Christmas gifts and Bibles — and shares the love of God — with thousands of traumatized and needy children, including children living in orphanages.

One orphan who participated several years ago in Immanuel’s Child — now a young Armenian adult who fought in the most recent conflict — told how he hid in a barn under a pile of hay to elude capture.

“The people of Armenia — and Azerbaijan — continue to suffer immensely from the devastating impact of the war last year that many in the West weren’t even aware was happening,” Johnson said. “We’re asking churches here in America to consider ways they can help their brothers and sisters, and to pray specifically for those who’ve lost everything.”