LOVES PARK, Ill. – A U.S. ministry is rushing to the aid of a one-of-a-kind “church of compassion” targeted by arsonists in Ukraine’s Chernobyl nuclear fallout zone.

The only church in the village of Mlachivka – on the edge of the Chernobyl radiation “exclusion zone” – was badly damaged by fire on Jan. 6, Christmas Eve in the region’s Russian Orthodox calendar.  Evidence at the scene shows arson as the cause. 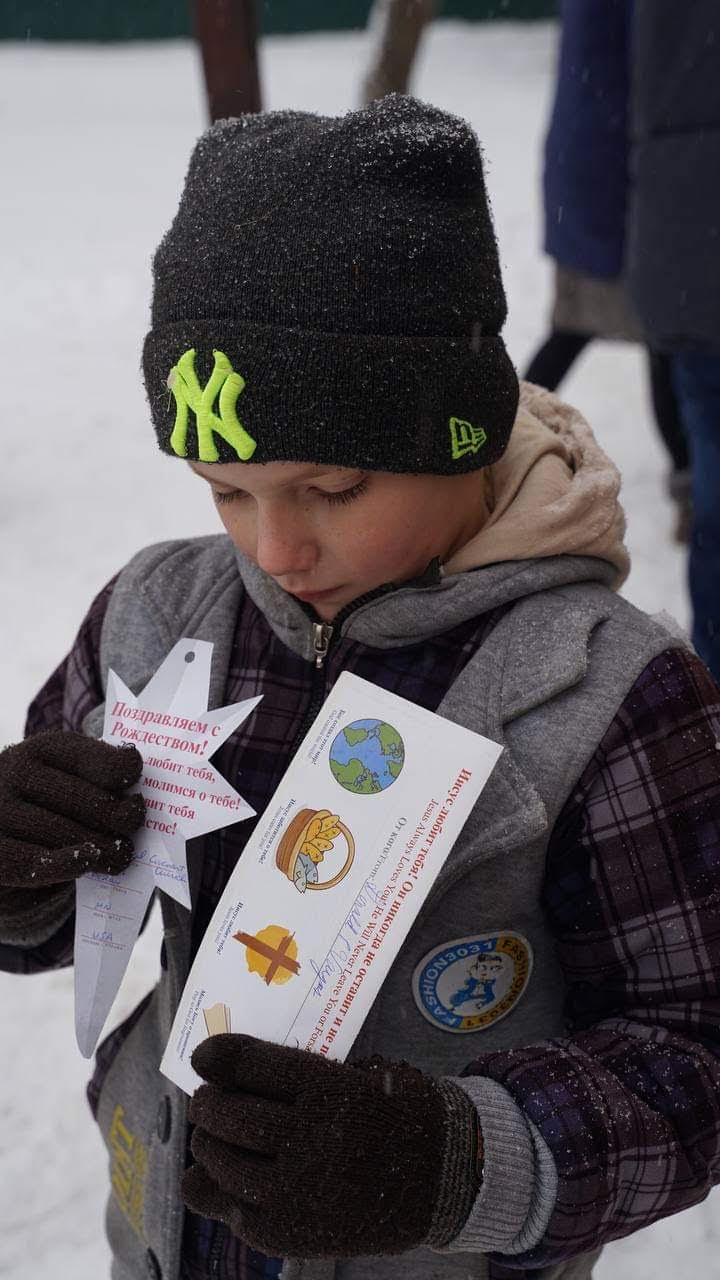 The church – the only evangelical congregation for miles – is a unique place of hope and help for children living on the doorstep of a toxic wasteland, the result of the world’s worst ever nuclear disaster more than three decades ago.

“This little church is a major compassion haven for so many children in a very dark place,” said Michael Johnson, president of Illinois-based Slavic Gospel Association (SGA, www.sga.org), who has traveled to the area many times.

“Most of these children are from dysfunctional homes with alcoholic parents. Domestic violence is common. Pastor Nikolai’s church is a unique place where they feel loved, safe, and cared for,” said Johnson, who announced SGA would be helping the church rebuild.

The fire – called a desperate act of arson – didn’t stop the congregation from holding a special service outside in the snow and bitter cold, as local firefighters and police looked on. Later, children received gifts, warm coats, and Bibles – part of an SGA-sponsored local church Gospel outreach called Immanuel’s Child.

Many of the children – including local orphans – benefit from the Chernobyl church’s numerous compassion projects, supported by the Illinois-based ministry. They include a feeding program for children who face severe hunger, clothing distributions for kids who often have only rags to wear, and a summer camp program for children exposed to potentially deadly radiation.

The world experienced its worst ever civil nuclear disaster April 26, 1986, when a reactor exploded at the Chernobyl nuclear power plant in Ukraine, turning the surrounding area into a nuclear wasteland and releasing a radioactive cloud over 77,000 square miles.

In the years that followed, thousands of children in the fallout zone have developed life-threatening health issues, including cancers. Many have died.

SGA supports a church-run summer camp in neighboring Belarus, away from the radiation zone, giving hundreds of children living in the Chernobyl area the chance to enjoy a healthy experience, “filled with fun, good food, and God’s love,” Johnson said.

Across the former Soviet Union – from Eastern Europe to Siberia – the ministry supports thousands of local evangelical churches, caring for orphans, helping families in war zones, and sharing the Gospel message.

PHOTO CUTLINE: ARSONISTS ATTACK ‘CHURCH OF COMPASSION’ IN CHERNOBYL FALL-OUT ZONE: U.S. ministry Slavic Gospel Association (www.sga.org) is rushing to the aid of a one-of-a-kind “church of compassion” set on fire by arsonists in Ukraine’s Chernobyl nuclear fallout zone. The church is a unique place of hope and help for children living on the edge of a toxic wasteland, the result of the world’s worst ever nuclear disaster more than 3 decades ago.