by Palmer Holt
crisis, crisis communications
Comments are off

One year ago when the first Americans – Nancy Writebol of SIM and Dr. Kent Brantly of Samaritan’s Purse – contracted Ebola, the drama captured America’s attention for months. Emory Hospital in Atlanta successfully treated Writebol and Brantly. Dr. Rick Sacra of SIM also became sick with Ebola and later recovered at the University of Nebraska Medical Center in Omaha.

InChrist Communications (ICC) client SIM, a seasoned mission organization, had been fully engaged in medical ministry in Liberia for nearly 50 years. The ELWA Hospital SIM runs in Monrovia stayed open throughout the crisis. The Ebola Treatment Unit on the ELWA compound treated about half of the nation’s infected patients.

The infection of the American missionaries unexpectedly thrust SIM into the international spotlight, resulting in a “media tsunami” that lasted until Christmas. Fortunately, the outcome for the Americans was positive.

Through hard work by ICC and SIM, the ministry garnered more than 30,000 news mentions with the equivalent ad value of more than $300 million. The combined effort culminated in Dr. Jerry Brown, a Liberian doctor with SIM, featured on the cover of Time magazine’s “Persons of the Year – The Ebola Fighters” issue.

If a major news event thrusts your organization into the spotlight, how would it fare? 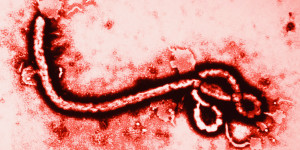 Every day ministries face a number of potential crises that can generate negative publicity. These events can include the unexpected death of a ministry leader or personnel member, crime on ministry property, morals issues, natural disaster, social media backlash, financial impropriety and trouble on the foreign field, among others.

If you don’t have a Crisis Communication plan with a designated crisis response team, put one together as soon as possible. When it comes to crises, it’s not a question of if one happens, but when.

If you have a plan, vet it with outside professionals, keep it updated and practice it annually.