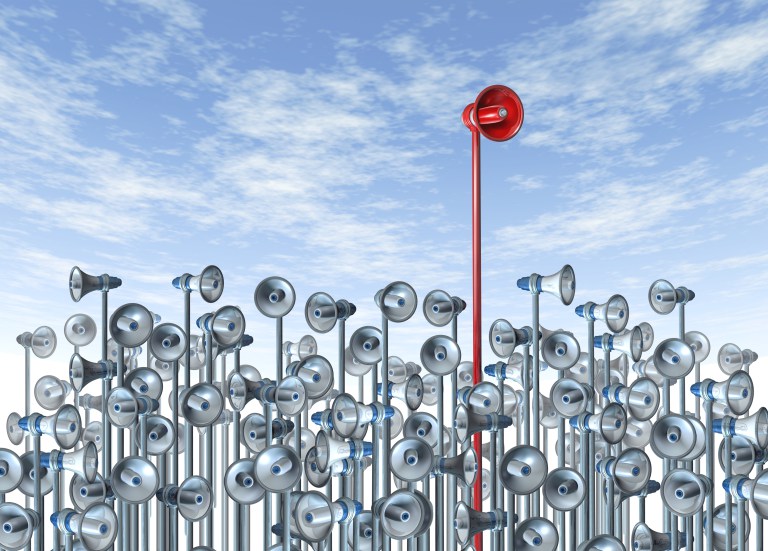 What with print publications dying left and right, and all the fuss over “fake news,” you might be tempted to think the traditional news media is no longer an important factor for a nonprofit to consider.

But nothing could be further from the truth, as I’ll be sharing briefly with nonprofit leaders at the Christian Leadership Alliance’s Outcomes Conference in Dallas, April 17-19.

InChrist Communications is sponsoring the Chief Development Officer Forum there for top faith-based nonprofit fundraising professionals because we know the crucial role they play in ensuring that ministries, churches, and other organizations have the resources to do what they have been called to.

They need to not lose sight of how key what some might be tempted to dismiss as “old school PR” still is to their efforts. Here’s some more of what I’d tell them if there were more time:

While direct mail, new digital communications technologies and social media allow organizations to connect with supporters and potential supporters in new ways, the effectiveness of these avenues is keenly related to how well groups continue to engage with the traditional news media.

As The Fundraising Authority notes, “Smart nonprofits have started to realize that a strong PR effort, and good press coverage, can lead to increased fundraising.”

In other words, PR is still crucial to your bottom line.

A good news media presence and profile can maximize the impact of strategic fundraising efforts. Like the right set in a theater, effective public relations create the backdrop against which nonprofits can claim center stage.

Properly handled, even tragic circumstances may be redeemed in some way. When SIM found itself at the center of the 2014 Ebola crisis in West Africa, after two of its workers there contracted the disease, our crisis communications support helped the organization generate 30,000 positive media hits over a five-month period, with equivalent ad value of $300 million.

The dangers of negative publicity are all too clear. Following the recently brought to light scandal of aid workers’ sexual misconduct in Haiti after the 2010 earthquake, British charity Oxfam lost thousands of donors. It will take years for its reputation and bank balance to recover, if ever.

Jesus didn’t have a PR team, but his ministry benefited from the natural way in which awareness opens doors. As he began to preach and heal, “the news about him spread throughout the surrounding area” (Luke 4:37), creating anticipation and expectation among people as he arrived in their community.

The best harvests come from soil that has been well prepared, and the same is true for fundraising initiatives. According to the nonprofit information group GuideStar, “From building awareness and credibility to supporting fundraising efforts, a well-executed, strategic public relations program can make the difference between achieving one’s goals or falling desperately short of them.”

When someone has recently read something positive about your organization in an article, heard an interview with a representative on television or radio, and seen other articles about it shared on social media, they are likely to be closer to a “yes” when they open and read that direct mail appeal piece that comes to their home or the email solicitation that ends up in their inbox. You’ve already created awareness and a favorable impression.

I call this integrated communications strategy “horizontal frequency” — when people hear the same message across a spectrum of different channels in the same time period, compounding the messaging effect, creating greater uptake and therefore desired responses. And while messaging is always important, it’s the frequency of hearing that message that wins in the end.

There are other benefits of implementing an intentional media relations strategy as well. Among them are

It’s not just about repetition, though. It’s also about reputation: there’s a heightened credibility that comes from third-party coverage. It always means more when other perceived authorities say good things about you.

There’s another benefit to developing a positive news profile: it can help mitigate some of the damage that might come should you find your organization in the bad news headlines, for some reason. Consider it a form of character insurance.

As The Fundraising Authority observes, “to get maximum coverage over a sustained period, it takes good planning and hard work. Great PR rarely just happens.”

This is something we specialize in at InChrist Communications. You can find examples of our work at www.inchristcommunications.com. You can also schedule a free strategy session there, where we can discuss your issues and answer what questions you might have.

I’d welcome the opportunity to speak with you about how we might be able to help you tune into your “horizontal frequency!”

Palmer Holt, founder and president of InChrist Communications since 2002, is an award-winning communications professional with more than 25 years’ experience in journalism, corporate and agency public relations, marketing and advertising. He is a former newspaper editor, “Fortune 100” company media relations executive and spokesperson, and advertising agency executive.