Why the International Day of the Unreached Captures Our Hearts

by Darin Campbell
Comments are off

This weekend’s International Day of the Unreached is more than just another project for the InChrist Communications team—in some ways it’s also a great picture of what we do every day.

The June 4 event we have been helping promote highlights the plight of the two billion or so people around the world who have yet to hear the good news of Jesus and who have been overlooked far too long.

There is much missionary work going on that deserves supporting and celebrating, but less than 0.5 percent of American evangelicals’ giving currently goes to ministry among the world’s least evangelized, many of them in the Middle East, Asia and South Asia. Only five percent of missionaries are serving among least-reached populations.

To try to help close that gap, churches across the United States and overseas will focus their messages and prayers on this great need on June 4— a day chosen for the International Day of the Unreached because it is Pentecost Sunday. 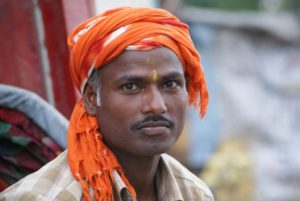 The world’s 2 billion people who have yet to hear the good news of Jesus Christ are the focus of the second annual International Day for the Unreached, to be held on June 4: Pentecost Sunday, which marks the birth of the early church.

This high point of the church calendar marks the day when the Holy Spirit fell upon the early church, empowering it to respond to Jesus’ Great Commission to “go into all the world and preach the gospel.”

Living in places where there are no or few Christians, the unreached need people willing to go and learn the local culture and language to be able to communicate the life-changing message of the gospel effectively.

That’s what InChrist Communications helps organizations do back home, too, in some ways. As “media missionaries,” if you will, we help churches, ministries and others learn the language and culture of journalists and others in media, so  they can more effectively present their message — in a way that can be clearly understood.

In doing so, we get to play our part in the Great Commission, helping take the messages to those who have not heard it—if not ever, perhaps not clearly in a form that makes sense to them.

This year’s event will feature a Facebook Live broadcast on Sunday, June 4 at 7 pm EDT, with a live concert by musician Phil Stacey, and a special message from David Platt, president of IMB, the international missions board of the Southern Baptist Convention, and author of the widely acclaimed best-seller, Radical.

According to Platt, “There is no more pressing need than for a greater focus on the unreached peoples of our world.”

We agree. And we encourage you and your church to be part of this important event. You can find out more about how you can be involved at dayfortheunreached.org.