LOVES PARK, Ill. — “Unstoppable” local churches in Ukraine and Russia are launching a large-scale humanitarian outreach across Ukraine as war erupts around them and many suffer.

Supported by U.S.-based Slavic Gospel Association (SGA, www.sga.org), the church-driven emergency response will provide food, winter clothes, blankets and medicines for thousands of at-risk people, including orphans, abandoned children with special needs, the elderly, those uprooted by the conflict, and marginalized ethnic groups. 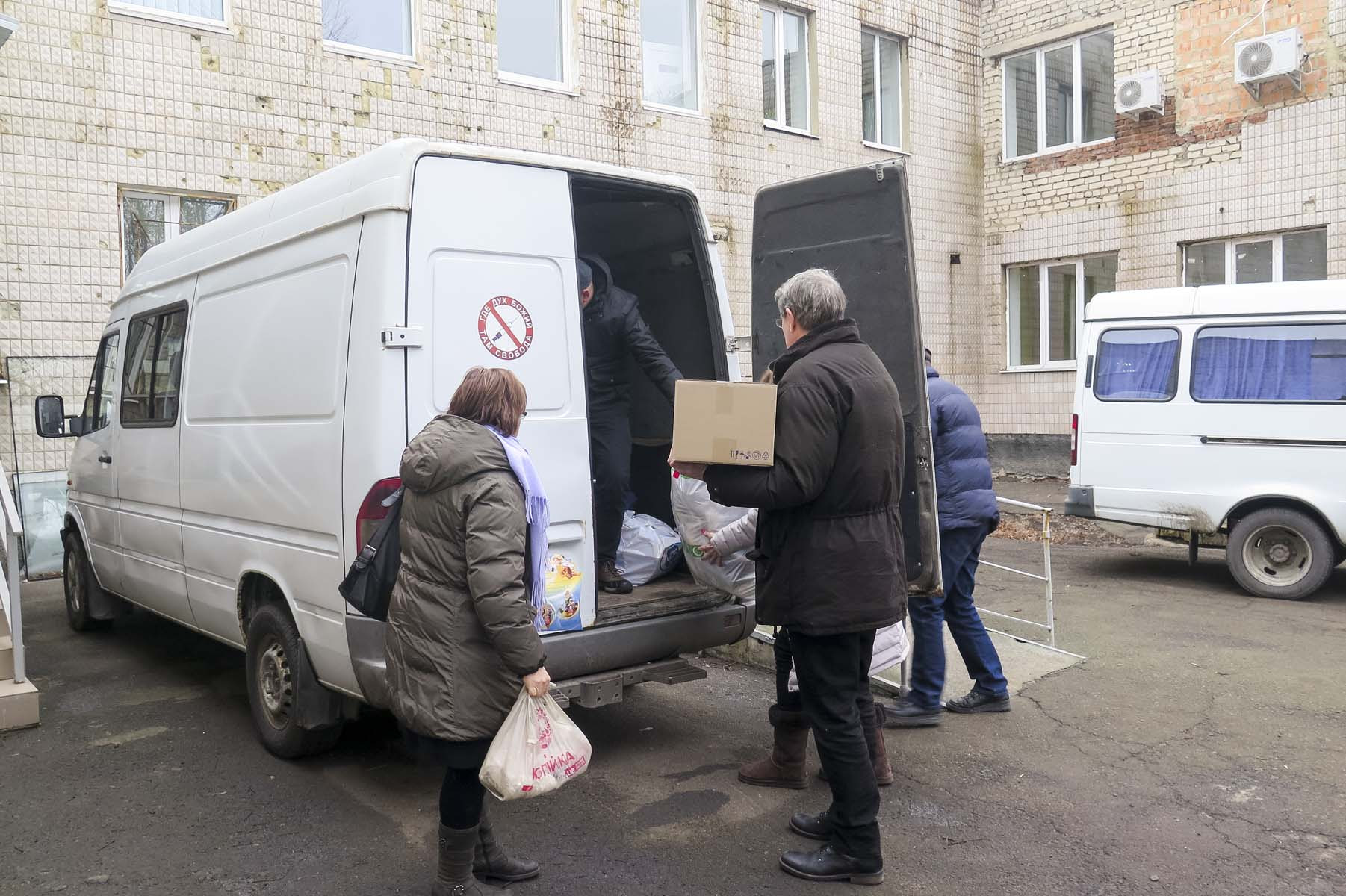 “While others are fleeing, local churches are engaging,” said Eric Mock, SGA’s vice president of ministry operations. “They’re bravely rushing to help those in need right now. They’re unstoppable in the face of this crisis.”

Local believers are also visiting orphanages and children’s homes, reassuring frightened and “forgotten” children, and sharing God’s love with them.

Over decades, SGA has built strong partnerships with evangelical pastors and churches in both Ukraine and Russia — a ready-made relief force in emergencies.

Partnering with a network of more than 2300 Ukrainian and Russian pastors — including 40-plus churches in eastern Ukraine where the fighting is most intense — the Illinois-based organization expects to exceed the 175,000 meals already provided monthly, and the need is only growing.

The Gospel ministry’s “Winter Warmth” outreach provides shivering families with warm clothes, while its “Family Survival Packs” — containing blankets, medicines and food — will be a lifesaver for those forced to flee their homes under fire.

“IDPs (internally displaced people) are already on the move,” Mock said. “In those regions of Russia where (IDPs) are heading, we’re supporting the local churches, so they can share the hope of the Gospel along with vital aid.”

Many families are interconnected, and pastors on both sides of the border talk to each other constantly.

“There’s great unity and a strong bond between the Russian and Ukrainian pastors and their churches,” said SGA’s president Michael Johnson. “It’s a picture of God’s perfect Kingdom versus man’s broken one.”

PHOTO CUTLINE: UKRAINE-RUSSIA: LOCAL CHURCHES LAUNCH AID IN WAR ZONE: “Unstoppable” local churches in Ukraine and Russia are launching a large-scale humanitarian outreach in the midst of war. Shown: A 2020 photo of the team delivering aid to an orphanage in the war zone. Supported by U.S.-based Slavic Gospel Association (SGA, www.sga.org),the emergency response will provide food, winter clothes, blankets and medicines for thousands of at-risk people, including orphans, abandoned children, and those uprooted by the conflict.