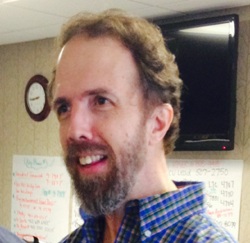 Will Serve at SIM’s ELWA Hospital in Monrovia

WORCESTER, Mass., Jan. 8, 2015 /Christian Newswire/ — SIM Missionary Dr. Rick Sacra, who contracted Ebola while serving in Liberia, underwent successful treatment in the U.S. and returns to that West Africa nation Jan. 15, is available to speak to the media on Monday, Jan. 12, at 10 a.m. at UMass Medical School.

The media availability will be held in the Albert Sherman Center, 3rd Floor Cube, University of Massachusetts Medical School, 55 Lake Avenue North, Worcester. A conference bridge will be available by calling (508) 856-8222 and using participant code 3225.  A live stream is also available atdv2.discovervideo.com/play/?player=172&id=45285si.

Sacra can speak on a number of topics, including the current Ebola outbreak, his work at SIM’s ELWA Hospital in Monrovia and his own illness and recovery. He will be available for one-on-one interviews immediately after the media availability, that afternoon and evening, and on Jan. 13.

Sacra, 52, a family physician from Holden, Mass., will treat general patients at ELWA Hospital. He will not be working at the Ebola treatment units on the ELWA campus, but will treat patients with malaria and chronic health issues, such as high blood pressure and diabetes, as well as  provide maternity and pediatrics care – much-needed services with so few hospitals available.  He is expected to remain in Liberia for about a month.

SIM’s ELWA Hospital became a model for other hospitals in West Africa during the Ebola crisis, developing treatment facilities, screening processes and offering other critical care medical services when other facilities were shutting down.

In early August, as the Ebola outbreak was spreading, Sacra volunteered to return to Liberia.  In six days he worked with SIM Liberian staff to reopen ELWA Hospital.  After contracting Ebola, he was transported to The University of Nebraska Medical Center in Omaha, where he successfully underwent treatment.

Sacra serves on the faculty of the University of Massachusetts Family Practice Residency program and as a medical missionary with international Christian mission agency SIM.

Those interested in the most current information about the Ebola outbreak and the medical response team at ELWA Hospital in Monrovia should visit www.helpebola.org.

SIM (www.simusa.org) is an international Christian mission organization with a staff of nearly 3,000 workers from 70 nationalities serving in more than 65 countries. In addition to medicine, SIM serves on every continent in areas of education, community development, public health and Christian witness. While SIM stood for Sudan Interior Mission when it was founded 120 years ago, it is now a global mission known as SIM (pronounced S-I-M).