EASTON, Md. — Iran’s “underground” house church movement — the fastest growing evangelical church in the world — is being fueled by explosive social media use and satellite television viewership, according to new findings. 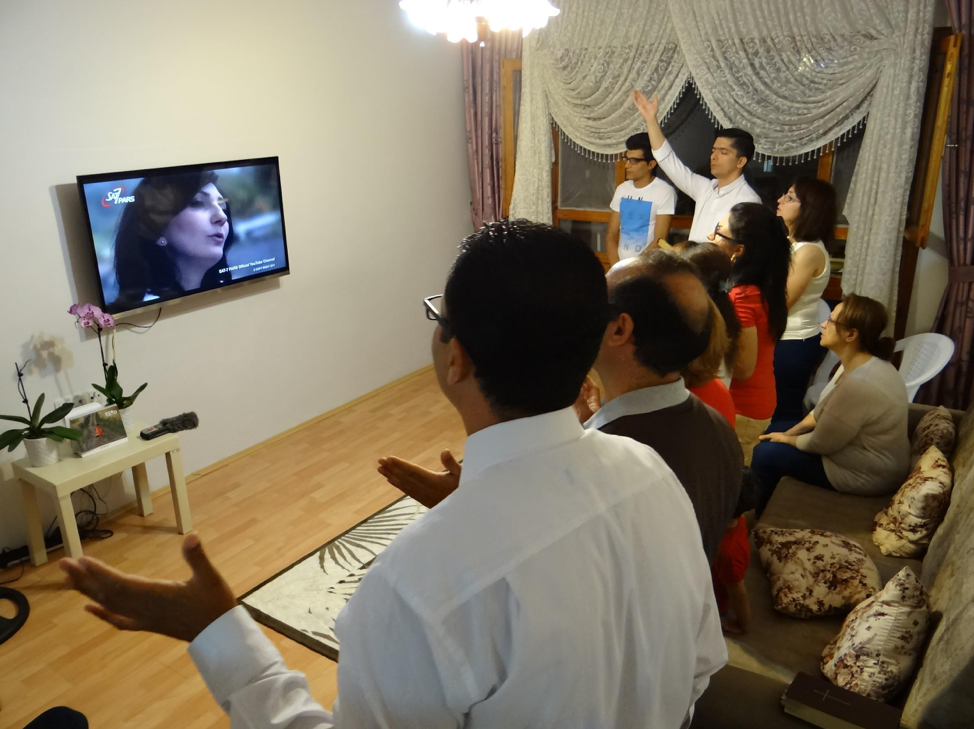 Middle East satellite broadcaster SAT-7 (www.sat7usa.org) reveals thousands of Iranians regularly tune into Christian programs on its SAT-7 PARS channel that broadcasts 24/7 in Farsi, the language spoken by most Iranians.

And the Christian broadcaster’s social media channels report a staggering increase in online traffic and posts by Iranians during the COVID-19 pandemic — with more than 4,800 online interactions during July and August, a 34 percent increase over the same period last year.

“Christians in Iran meet mostly in closeted house groups — known as ‘secret’ or ‘underground’ churches — to avoid detection by the police, arrest, imprisonment, beatings, and even sentence of death,” said Dr. Rex Rogers, president of SAT-7 USA, that broadcasts live in local languages across the Middle East and North Africa. “It’s illegal for Christians in Iran to share their faith with non-Christians, or hold church services in Farsi, the country’s common language.”

It’s estimated there could be up to one million Christians in the Islamic Republic of Iran — the fastest growing church movement in the world, according to Operation World, the missions “bible” — although an accurate number is difficult to pinpoint.

The number of believers in Iran, with a total population of 84 million, is surging 20 percent a year, reports Operation World — compared with the U.S., where the evangelical population is barely holding steady.

Much of the skyrocketing church growth in Iran is taking place in people’s homes, often where a few believers close the doors, shutter the windows, and worship secretly in the front room. Thousands don’t risk meeting with other believers in person at all. They tune into Christian television broadcasts, watch videos online, and encourage each other on social media.

These “secret” believers often pay a heavy price if they’re discovered by the Iranian authorities.

In a recent live social media chat with SAT-7 PARS, Mojdeh — a house church leader imprisoned for 40 days in Iran this summer for her faith — told how God’s “utterly tangible presence” kept her going in horrible prison conditions, where she was repeatedly strip searched, humiliated, and forced to clean filthy toilets.

“Every minute of every day, I was aware of God’s utterly tangible presence… in interrogations, in solitary, or in the (prison) yard,” she told SAT-7 PARS. “They accused me of some very strange things, but they also accused me of being an evangelical Christian.”

Although Mojdeh — name changed for security reasons — was released, the threat of re-arrest and imprisonment is ever-present.

Women like Mojdeh play an important role in the house church movement in Iran. Often well-educated, they take on leadership positions and lead their own families to faith in Christ.

Iran’s younger generation — disillusioned with the hardline Iranian regime and its tactics — is also turning to social media and satellite television in droves, eager to explore the Christian faith.

“Young Iranians, like many Middle Easterners, have become disheartened with authority figures and want to experience freedom, hope, and joy,” Rogers said. “Hundreds of thousands of them are finding that fulfillment in Jesus Christ.”