EASTON, Md. — A U.S. media ministry is providing a way for isolated Christians in the Middle East and North Africa to express their faith publicly – even as their religious freedom comes under increasing attack. 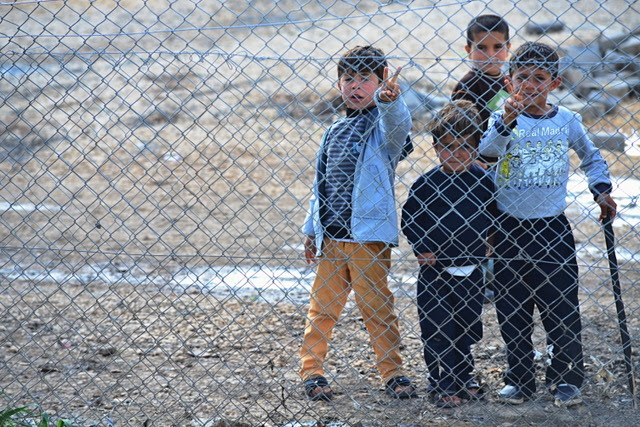 Globally, an estimated 80% of people of all faiths face some form of retrictions on freely expressing their religious beliefs. But Christians in the Middle East and North Africa, especially, face growing efforts to silence them.

Pressure is mounting on Christians across the largely arid region in countries like Iran, Algeria and Turkey, where churches are being closed, believers are being driven into hiding, and many face severe treatment if discovered.

Hostility against Christians in Egypt – where Jesus took refuge as an infant – has ramped up recently, with reports of violent attacks and kidnappings.

Across the Middle East and North Africa – stretching almost 4,000 miles from Algeria to Afghanistan – Christians make up less than 3% of the population, according to SAT-7 USA (www.sat7usa.org). The ministry broadcasts live Christian programs with local presenters via satellite and online video-on-demand, and encourages viewers to call in and participate.

Incredibly, many Christians are eager to share their faith and experiences on-air and online, even though by doing so they’re putting themselves at risk.

‘Persecution Is A Crown’

“Algerian Christians are not afraid to show their faces on the screen,” said Middle East-based SAT-7 CEO Rita El-Mounayer. “They say, ‘persecution is a crown we wear every day. Please don’t take it from us’.”

One 16-year-old Algerian girl living on the streets was thrown out of her parents’ home because she became a Christian, said El-Mounayer.

“I feel my own faith is so small in front of these people,” El-Mounayer said. “They want to be an example to other Christians, to say ‘you’re not alone’.”

The network’s satellite and online programs evade censorship, “making God’s love visible” to thousands in their homes and on their phones. “It’s the right of everyone to be exposed to this love that’s beyond any other love, the love of Christ,” El-Mounayer said.

Isolated viewers gain confidence from others’ boldness – including the courage of believers in Afghanistan, who participate in SAT-7’s live programs via their phone apps despite reports of continued oppression of Christians by the Taliban.

Launched in 1996, SAT-7 (www.sat7usa.org) — with its international headquarters in Cyprus — broadcasts Christian and educational satellite television and online programs in the Middle East and North Africa. Its mission is to make the gospel available to everyone, and support the church in its life, work and witness for Jesus Christ. SAT-7 broadcasts 24/7 in Arabic, Farsi (Persian), Dari, and Turkish, using multiple satellite channels and online services.

PHOTO CUTLINE: RELIGIOUS FREEDOM UNDER SIEGE IN MIDDLE EAST: Media ministry SAT-7 USA (www.sat7usa.org) is providing a way for isolated Christians in the Middle East and North Africa to express their faith publicly – even as their religious freedom comes under increasing attack.