Founder K.P. Yohannan says ‘so much more yet to do’ as missions agency celebrates anniversary July 3

WILLS POINT, Texas — Gospel for Asia (GFA, www.gfa.org) — a Christian movement that launched a “revolution in world missions” — celebrates its 40th anniversary on July 3, with its founder proclaiming “we can’t slow down, there is so much more yet to do.”  The Texas-based ministry is “celebrating God’s faithfulness” over the past four decades on its website at www.gfa.org/40-years. 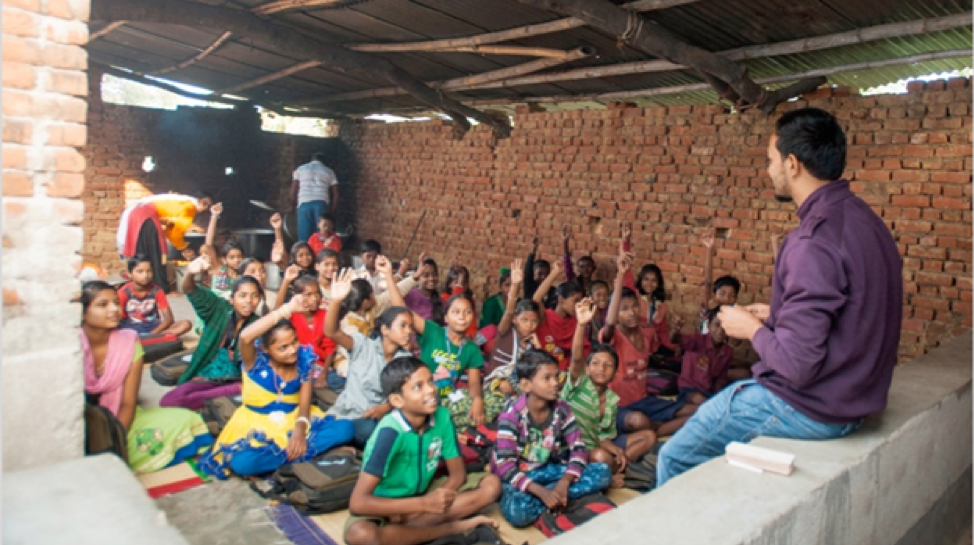 GFA’s history-making story began in 1979 when founder Dr. K.P. Yohannan, a native of India, and his German-born wife, Gisela, launched their world-changing vision to share the love of Christ with the hurting and marginalized in Asia– a vision featured in Yohannan’s groundbreaking bookRevolution in World Missions,published in 1986 with now more than 4 million copies in print.

Yohannan’s idea was to share the love of Christ in Asia not through the usual method of sending foreigners, but through national workers prepared to go anywhere on foot and risk everything, even their lives.

“Forty years later, I’m amazed to see dozens of other organizations start up with the same premise,” said69-year-old Yohannan, whose best-selling book turned a century of conventional missions wisdom upside down. “We could never have imagined what GFA would become, and how God would use GFA to transform so many lives.”

Today, millions of people across Asia have experienced the hope and healing of Jesus Christ through the work of GFA-supported native workers, supported by thousands of individuals and churches in the West.

After its release, Revolution in World Missions ignited debate among America’s evangelical establishment, with some finding Yohannan’s new ideas hard to swallow. Yohannan called for a new wave of national workers across Asia who, he argued, could minister to their own people far more effectively — and cost-efficiently — than Westerners who faced obstacles of culture, language and visas.

“Today, national workers are caring for new fellowships every week, “said Yohannan. “Thousands of people every day are experiencing God’s love, many for the first time…and tens of thousands of well-qualified, spiritually able men and women are ready to help even more in the days ahead.”

Since Revolution in World Missions, many Christian leaders have embraced Yohannan’s vision.

“It’s the model of how I want to continue in ministry for the rest of my life,” said Christian speaker and author Francis Chan.

From its humble origins in a Texas-based house group, GFA has grown in its ability to now serve millions of Asia’s poor, and support thousands of indigenous workers in over a dozen nations.

Over the past four decades, GFA’s work has spider-webbed into various compassion-focused ministries, including supporting national workers in leprosy colonies and slums — a ministry launched in 1998 — and projects that help marginalized women, widows and children by providing free health care lessons, clean water, income-generating gifts and education.

Two of GFA’s biggest projects — Jesus Wells, which was launched in 2000 and provides clean water to entire villages, and Bridge of Hope, which was started in 2004 and helps provide children in Asia with an education and nutritious meals — have transformed hundreds of thousands of lives and continue to grow.

In 2018 alone, GFA-supported workers across Asia:

“If God is willing, I believe the next 40 years will become an even greater blessing to more countries and places that desperately need to know God’s love in word and deed,” said Yohannan. “As we celebrate 40 years, we give God all the glory. We believe momentous milestones are on the horizon. Our heart is to help more people than ever experience Christ’s love, and we’re looking forward to seeing God’s faithfulness at work.”

Celebrating its 40thanniversary in 2019, Gospel for Asia (GFA, www.gfa.org) is a leading faith-based humanitarian and mission agency, bringing vital assistance and spiritual hope to millions across Asia, especially to those who have yet to hear the “good news” of Jesus Christ. This has included more than 70,000 sponsored children, free medical camps conducted in more than 1,200 villages and remote communities, over 4,000 wells drilled, over 11,000 water filters installed, income-generating Christmas gifts for more than 200,000 needy families, and spiritual teaching available in 110 languages in 14 nations through radio ministry.