COLORADO SPRINGS, Colo. — Hundreds of thousands of people worldwide are expected to join a targeted global prayer campaign for the Islamic world during the Muslim month of Ramadan, April 24 – May 23, 2020. 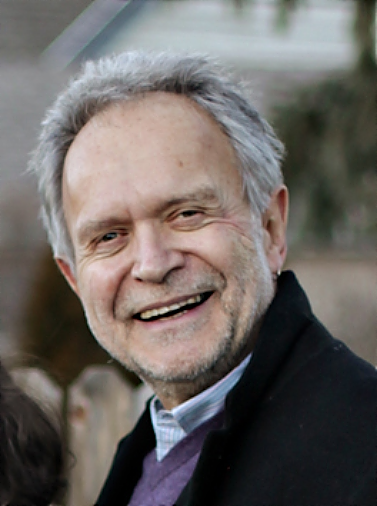 The 30 Days of Prayer for the Muslim World (www.30DaysPrayer.com) aims to help Christians “see Muslims the way God does,” using an illustrated daily prayer guide booklet that can be ordered in bulk for churches and other groups.

Coinciding with the observance of Ramadan — a period of fasting and prayer for Muslims — 30 Days of Prayer guides participants on a journey through Islam around the world.

“While media sound bites about Islamic extremism can incite anger, fear and even hatred towards Muslims, we seek to resist this temptation to generalize, and instead resolve to respond and pray with the mind and heart of Christ,” said Paul Filidis, the North America event organizer.

Stretching from North Africa to Southeast Asia and beyond, Islam has 1.6 billion adherents — but the “fortress of Islam” is not as impenetrable as many Christians think.

Missions experts — called missiologists — today report that tens of thousands of Muslims have come to faith in Christ over the past few decades — coinciding with the annual 30 Days of Prayer event, which started in 1993 and has distributed more than 1.6 million prayer booklets in North America alone.

“We’re seeing multiple movements of God in the Islamic world like we’ve never seen before, involving tens of thousands of people,” said Dr. David Garrison, researcher and author of A Wind in the House of Islam. “The simple fact is that 84 percent of the historical movements of Muslims coming to Christ have happened over the past 20 years — and it’s clear that 30 Days of Prayer has played a vital role.”

Thousands of Muslims today are having dreams and visions of Jesus Christ, said Garrison. “God is real, and Jesus is real… they’re not being converted just to a historical doctrine or cultural religion, but they’re encountering the living Christ.”

Launched during a small gathering of Christian leaders in the Middle East — affiliated with Youth With A Mission (YWAM) — 30 Days of Prayer has now mushroomed into a global event with millions of participants.

“We had no idea that this would become such a strategic event, especially since this was launched long before the 9/11 terrorist attacks,” said Filidis, who became a Christian on the “hippie trail” to Afghanistan in the 1970s and developed a love for the Muslim world. 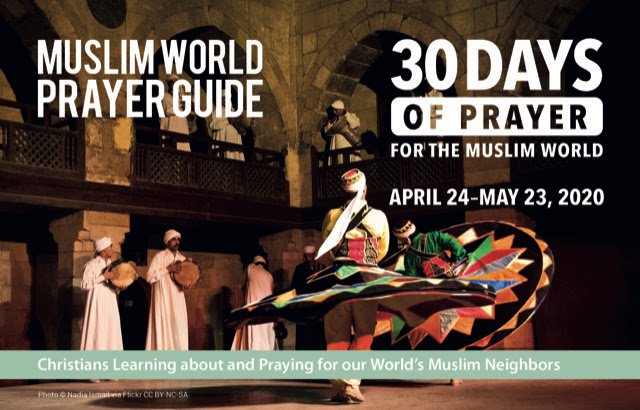 “In America, we’re inundated with frightening images and scary news items about the Islamic world — but these do not reflect the majority of Muslims,” Filidis said. “30 Days of Prayer seeks to educate people about Islam and mobilize Christians to pray strategically for Muslims — people like you and me, searching for the truth.”

Devout Muslims take the month of Ramadan seriously, and “the pressure is on,” Filidis said, for them to fast from sunrise to sunset. “Some Muslims are even preoccupied with whether swallowing their own saliva might invalidate their fast,” he said. “We’re asking people to pray that Jesus Christ will meet with them during this time.”

The 30 Days Muslim Prayer Guide booklet — available in both adult and children’s versions — aims to educate and inspire people not only to “pray knowledgeably” for the Islamic world but also have a “Christ-like attitude” towards Muslims.

“God is mixing the people of the earth, and everyone probably knows a Muslim in their community,” said Filidis, who also produces annual prayer guides for Hindu and Buddhist intercessory prayer movements. “We shouldn’t be afraid to introduce ourselves to our Muslim neighbors.”

30 Days of Prayer for the Muslim World (www.30DaysPrayer.com) is an international movement that began in 1993, calling the church to make a deliberate but respectful effort to learn about, pray for, and reach out to our Muslim neighbors. It coincides annually with the important Islamic month of religious observation — Ramadan — a time when Muslims are more deeply aware of spiritual matters.

Photo Cutline: PRAYING FOR MUSLIMS: Coinciding with the observance of Ramadan — a period of fasting and prayer for Muslims — 30 Days of Prayer guides participants on a journey through Islam around the world. Visit www.30DaysPrayer.com/booklets to order prayer booklets.