WILLS POINT, Texas — America’s humanitarian border crisis is featured in a shocking new report that examines the horrors facing the world’s children in 2022.

Many migrant boys and girls fall prey to human traffickers, smugglers, and drug cartels en route to the U.S., according to the report “Children in Crisis: The World’s Greatest ‘Badge of Shame’” (http://www.gfa.org/press/KidsCrisis) by Texas-based humanitarian agency GFA World (www.gfa.org). 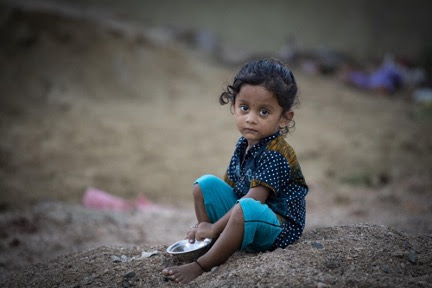 The report highlights a terrifying U.S. Border Patrol video that shows human smugglers dropping sisters – 3 and 5 years old from Ecuador – over a 14-foot section of the border fence in the New Mexico desert. The smugglers ran off, leaving the young girls alone in the dark.

The border situation, says the report, is a “stark reminder” that children are “in crisis right on our doorstep … wherever we live in the world. And the problem is growing worse.”

The report estimates 1.2 billion children worldwide are vulnerable to a host of calamities, including abuse, hunger and diseases. It’s a “toxic combination” driven largely by poverty and supercharged by the pandemic, the report says.

Among the horrors are child slavery, sexual exploitation – including the online cybersex industry – and even child sacrifice.

In Uganda, a young mother found the headless body of her 17-month-old son in a shallow grave. The child’s killer turned out to be his own father who was paid $2,000 by a businessman in return for the boy’s head, the report says. It’s believed the child’s head was considered by him to be a “good luck” charm.

“GFA World is helping children escape poverty and protect themselves against such vile abuse and atrocities,” said the organization’s founder K.P. Yohannan, also known as Metropolitan Yohan. “Unless we act now to protect all children and show them God’s love is real, the consequences will be unforgivable.”

GFA World (www.gfa.org) is a leading faith-based global mission agency helping national workers bring vital assistance and spiritual hope to millions across the world, especially in Asia and Africa, and sharing the love of God. In GFA World’s latest yearly report, this included thousands of community development projects that benefit downtrodden families and their children, free medical camps conducted in more than 1,200 villages and remote communities, over 4,800 clean water wells drilled, over 12,000 water filters installed, income-generating Christmas gifts for more than 260,000 needy families, and teaching providing hope and encouragement in 110 languages in 14 nations through radio ministry. GFA World has launched programs in Africa, starting with compassion projects in Rwanda. For all the latest news, visit the Press Room at https://gfanews.org/news.