Expert Helps Christian Journalists, Aid Workers ‘Understand Each Other’ In A Crisis

Femicides Surge in Türkiye, 158 Domestic Murders So Far This Year

EASTON, Md. — Femicides are on the rise in Türkiye (formerly Turkey) as domestic violence against women soars to epidemic levels.

A report in the Daily Sabah last month said Türkiye has seen 158 femicides — gender-related murders — in the first seven months of 2022. Last year, 166 Turkish women were murdered in acts of domestic violence during the same period. 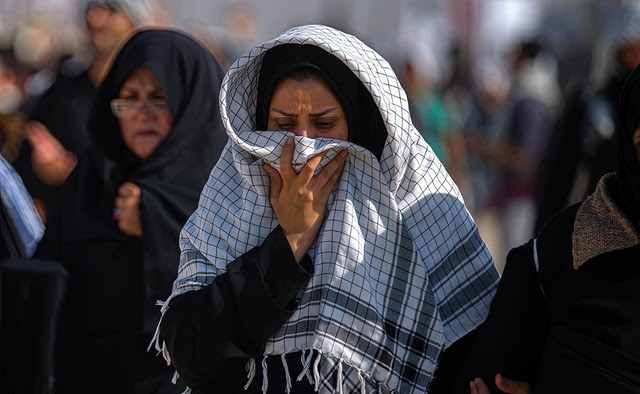 Domestic violence and femicides are “plaguing the country,” says the report, and perpetrators often literally get away with murder if they show “good conduct” by claiming remorse and “behaving well” during court hearings.

According to Human Rights Watch, Turkish authorities are failing to enforce restraining orders against violent husbands and ex-partners, resulting in the murders of defenseless women. One woman was murdered by her former husband, using a meat cleaver, despite previously lodging 23 complaints against him with the police, the group said.

Last year, Türkiye withdrew from the Istanbul Convention, an international agreement that aims to combat domestic violence against women.

But a Middle East multimedia organization is taking action.

“Women in Türkiye are controlled, they’re manipulated, they’re viewed as property, they’re sex objects, they’re financially dependent, they’re trapped, they’re isolated, they cannot defend themselves,” said Rex Rogers, president of SAT-7 USA (www.sat7usa.org), a Christian media ministry broadcasting 24/7 in Türkiye and across the Middle East and North Africa. “We’re here to show them they’re valued because they’re made in the image of God.”

Showing Women Their True Worth

As the surge in femicides rocks Türkiye, SAT-7 is reaching thousands of at-risk women via satellite television and its online streaming service, SAT-7 PLUS. Its live You Are Not Alone program — hosted by Turkish-speaking presenters — provides crucial support, encouragement and advice to women. Women are able to chat with the program’s team via social media.

More than 36,000 watched a recent episode on social media, with thousands more tuning in on satellite.

Some Turkish women suffering domestic violence, or the threat of violence, are Christians living in a non-Christian culture that treats women as lower-class citizens. They’re especially vulnerable as “isolated believers,” Rogers said.

“SAT-7 seeks to offer women hope through the message of the Bible, and show them they can trust in the unfailing love of God, even in the midst of despair,” said Rogers.

Femicide is not unique to Türkiye — it’s also rampant in Iran.

According to one study, Iran holds the “world record” for domestic violence against women. A staggering two out of every three Iranian women suffer domestic violence in their lifetime, double the global average, says the Research Center on Women and Family in Tehran, Iran’s capital.

More than one in every 20 married women in Iran has experienced “near death” domestic violence or feared for her life, and the country’s police estimate half of all murders of women in Iran are at the hands of husbands or immediate relatives.

Launched in 1996, SAT-7 (www.sat7usa.org) — with its international headquarters in Cyprus — broadcasts Christian and educational satellite television and online programs in the Middle East and North Africa. Its mission is to make the gospel available to everyone, and support the church in its life, work and witness for Jesus Christ. SAT-7 broadcasts 24/7 in Arabic, Farsi (Persian), Dari, and Turkish, using multiple satellite channels and online services.

PHOTO CUTLINE: FEMICIDES SURGE IN TÜRKIYE: Türkiye (formerly Turkey) has seen 158 femicides in the first seven months of 2022. As this surge in domestic gender-based murders rocks the nation, multimedia ministry SAT-7 (www.sat7usa.org) is reaching thousands of at-risk Turkish women via its live You Are Not Alone program, hosted by Turkish-speaking presenters.