LA MIRADA, Calif. — Radio broadcaster FEBC (Far East Broadcasting Company) has opened up the airwaves for millions of people in unreached regions to hear the gospel in their own language for the first time – now broadcasting in 124 languages, with more than 2.2 million individuals responding annually to the “good news.” 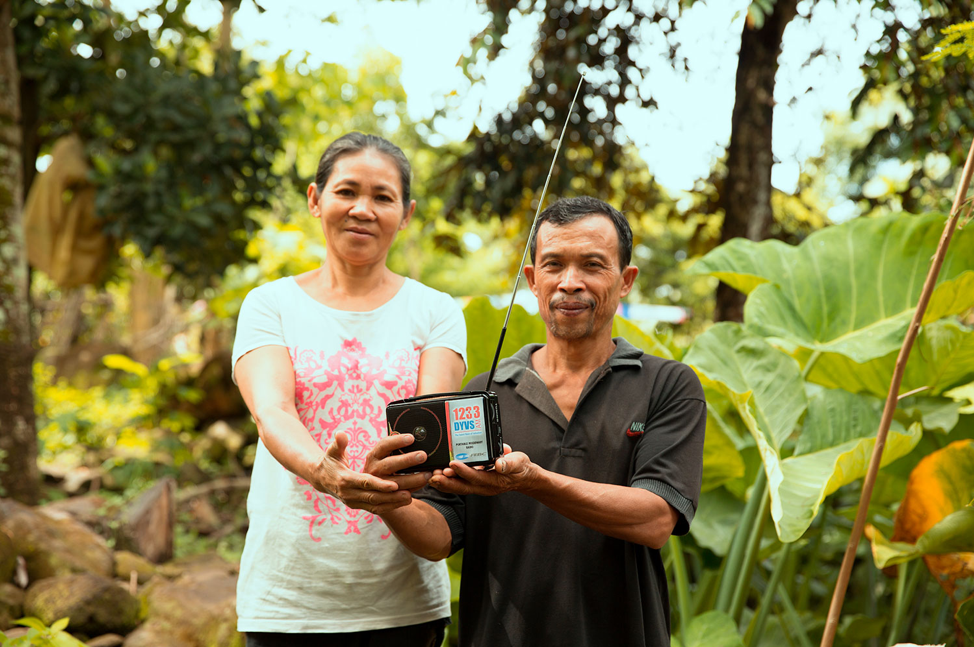 “In many nations where we work, Christians are not able to meet together and access to God’s word is increasingly restricted,” said Ed Cannon, president of FEBC. “Our radio broadcasts cross all borders and language barriers, introducing millions to Jesus Christ in their own language. When people hear the words of Jesus in their ‘heart language,’ suddenly the message becomes real.”

FEBC (www.febc.org)– celebrating 75 years of ministry next year – now broadcasts in 50 countries around the world every day, using a network of 265 radio stations and transmitters capable of reaching four billion people in major cities and remote villages.

FEBC’s indigenous broadcasters often put themselves at risk by sharing the gospel in nations where it’s illegal to proclaim the Christian message, and believers can face hostility and persecution.

Despite the risks, millions of listeners across Asia, Russia, the Middle East and Africa are tuning in. “We know this because of the flood of text messages, emails, phone calls and letters we receive from listeners,” Cannon said. “Last year, we heard from more than 2.2 million listeners, many of whom told us that hearing the gospel in their own language for the first time transformed their lives.”

In many remote regions where FEBC broadcasts, the vast majority of people are “oral learners” who cannot read.

The internet also plays an increasingly vital role in sharing the gospel with those who’ve never heard about Jesus, with 5.2 million people reaching out to FEBC via social media and the organization’s website in 2017.

In the developing world, including countries closed or hostile towards Christianity, radio is still the most effective way to communicate the gospel. FEBC estimates 3.6 billion people worldwide rely on radio as their primary means to get information – a huge potential audience.

“Radio reaches people living in the most isolated areas who otherwise would never hear the gospel,” Cannon said. “Our broadcasts by local radio hosts in indigenous and ethnic languages break through barriers of both language and illiteracy, giving millions the opportunity to hear the ‘good news’ that transforms lives every day.”

A radio is a prized possession in remote communities, where it’s common for an entire village to crowd around a single radio set – and stories of lives transformed through FEBC’s broadcasts continue to roll in.

Lida, a young woman in South Asia, was so desperate to hear the gospel that she sold her only valuable possession – a chicken – so she could buy a radio and tune into FEBC broadcasts in her own language. Soon afterwards, Lida became a follower of Jesus.

In the Middle East, one listener told FEBC staff: “Your broadcasts help me understand the difference between the Bible and the Koran. Please pray for me because I want to witness to my people.”

A listener in South Asia reported that FEBC’s local language broadcasts were instrumental in bringing 69 people to his house church, and 22 new believers were baptized as a result.

“Over and over, listeners to our broadcasts are astounded to hear the ‘good news’ delivered by someone who speaks their language – and they’re quick to respond,” Cannon said.

FEBC (Far East Broadcasting Company (www.febc.org) was founded in 1945 to share the gospel in China. Today, more than 900 staff and 1,800 volunteers produce 842 hours of programming each day, broadcasting across Asia, Russia, Ukraine, the Middle East and Africa. Programs in 124 languages air from 265 stations.

PHOTO CUTLINE:  Now broadcasting the ‘good news’ in 124 languages, FEBC (www.febc.org) beams Christian radio shows into thousands of remote communities and cities across Asia, Russia, the Middle East and Africa where millions are responding as they hear the gospel for the first time in their own “heart” language.