During Pandemic, Heroes Cast ‘Love Lifeline’ to Russia’s Unwanted Kids
Op-Ed: ‘God Has Not Deserted Us’: A Voice of Hope In Beirut’s Carnage

WILLS POINT, Texas — With new COVID social restrictions in force in many countries, a just-released report reveals the loneliness and despair of people living with another “disease of isolation” — leprosy. 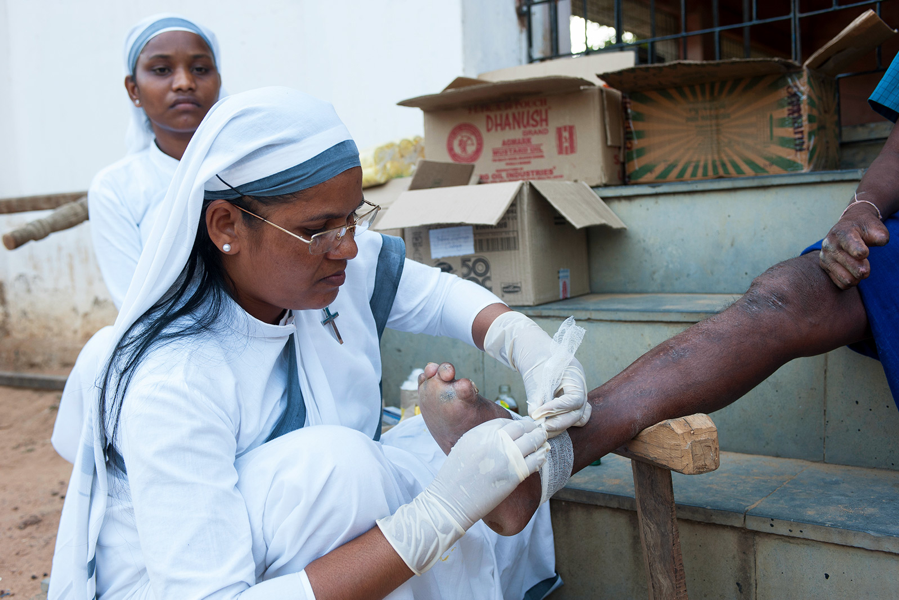 Being confined to home for extended periods due to pandemic restrictions might be uncomfortable, but “it doesn’t compare to being isolated for the rest of one’s life in a leprosy colony,” says the report, http://www.gfa.org/press/leprosy-ministry.

“Right now, many of us are having a difficult time in isolation due to the pandemic,” said GFA World founder K.P. Yohannan. “But what a privilege we have to take our eyes off ourselves and become the hands and feet of Jesus, helping to bring hope and God’s love to someone who’s forgotten and who believes their life is meaningless.”

In the report, GFA World highlights the remarkable work of local teams visiting leprosy colonies in Asia — where the disease is most prevalent — and bringing hope and healing to those forgotten by the outside world.

Leprosy ‘Not To Be Feared’

Teams of local women — known as Sisters of Compassion — visit leprosy colonies in South Asia, bringing food and encouragement to people living with disabilities and disfigurements caused by advanced leprosy. Their willingness to befriend people with leprosy — including many shunned by family and friends — shows others in the wider community that those living with the disease are not to be feared or isolated.

In fact, the disease — dreaded for centuries — is nowhere near as contagious as most people imagine. Around 95 percent of the global population is immune to leprosy, and it’s curable with antibiotics if detected early. There are hopes that a vaccine — currently in clinical trials — will bring an end to leprosy and its devastating impact on tens of thousands of lives every year.

For many, though, like Mungeli Das — who contracted leprosy as a girl more than 50 years ago and didn’t receive treatment in time — there’s little hope of a cure. Disabled and living in a leprosy colony, she clings to the help and hope that GFA World’s Sisters of Compassion bring her. The “sisters” follow the example of Jesus who, according to the gospels, touched and healed those with leprosy.

“Before the sisters came there was no one to help trim our hair, cut our nails or help us clean our houses and encourage us,” she said. “The sisters (clean) our wounds and they make us happy and encourage (us) all the time.”

World Leprosy Day — an annual awareness event held on the last Sunday in January — aims to combat stigma and leprosy myths, including the negative and false stereotypes that further isolate people with leprosy.

Media reports comparing coronavirus lockdown restrictions to “living in a leper colony” fuel stigma and “dehumanize” people with leprosy, according to GFA World. Because of its wide use in a negative sense, the term “leper” feeds prejudice, the agency says.

Leprosy is not confined to Asia and other parts of the developing world. Every year, around 200 new cases are reported in the U.S. — mostly international travelers — and, until fairly recently, there were leprosy colonies in Hawaii and Louisiana, says the report.