EASTON, Md. – Children as young as 4 are risking their lives in Afghanistan because they want to “meet Jesus” and talk to other Christians, even as they hide from the Taliban.

Desperate for hope, thousands of young children and teens – often the only Christians in their families – are turning to a Middle East media ministry on their secure phone apps, a “digital lifeline” for those who are alone. 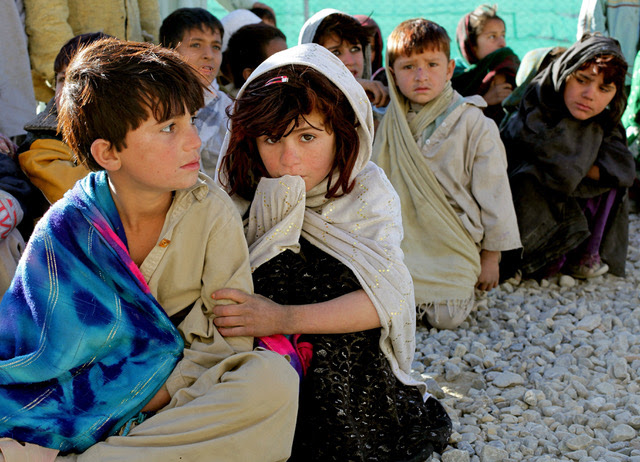 One young viewer in Afghanistan said she would be “cut to pieces” by the Taliban if discovered watching Christian children’s shows broadcast daily in the local Farsi and Dari languages.

“I am the only believer in my family, and I came to faith through your program,” the girl told SAT-7 (www.sat7usa.org), which broadcasts live into Afghanistan, Iran and surrounding nations. Many believers there are forced to practice their faith in secret and often alone.

Some young viewers want to know if Jesus is in the network’s studio and even ask if they can meet him.

If children are found with a Bible, Christian content on their phones or have any connection with Christians, they could be in danger.

“Please pray that the Lord will protect me,” a young viewer said. “Every day, innocent people are killed here. We breathe, but we have forgotten how to live.”

Staff members of the Middle East-based SAT-7 PARS channel have received hundreds of messages from children as young as 4, begging for help and prayer, says Director Panayiotis Keenan. The channel broadcasts 24/7 into Afghanistan, Iran and Tajikistan via satellite television, Facebook, Instagram and the ministry’s own streaming service,

Children and youth in Iran are using secure social media apps like Telegram and WhatsApp to pray for their peers in Afghanistan during live children’s shows. The authorities can’t intercept or stop their calls and messages.

Ever since last year’s Taliban takeover in Afghanistan, SAT-7’s Middle East-based team continues to counsel traumatized viewers, including those who have nowhere else to turn for help. “For these people, it’s very difficult,” said Keenan. “They don’t have a church to go to. They don’t have a pastor. They’re alone. They’re in hiding.”

Via Telegram, the ministry hosts prayer groups and uploads free resources, connecting pastors who speak Farsi and Dari with believers who are cut off from other Christians.

With teams of local presenters, SAT-7 has been broadcasting into Afghanistan and Iran for 15 years. “We believe the church in Afghanistan will continue to grow, just as the church in Iran is now one of the fastest-growing churches in the world,” Keenan said.

Launched in 1996, SAT-7 (www.sat7usa.org) – with its international headquarters in Cyprus – broadcasts Christian and educational satellite television and online programs to an estimated 25 million people in the Middle East and North Africa. Its mission is to make the gospel available to everyone and support the church in its life, work and witness for Jesus Christ. SAT-7 broadcasts 24/7 in Arabic, Farsi (Persian), Dari and Turkish using multiple satellite channels and online services.

PHOTO CUTLINE: ALONE IN AFGHANISTAN, IRAN, KIDS RISK ALL TO ‘MEET JESUS’: One girl in Afghanistan tells media ministry SAT-7 (www.sat7usa.org) she would be “cut to pieces” by the Taliban if discovered watching Christian children’s shows broadcast in the local Farsi and Dari languages. Thousands of young children and teens in Afghanistan and Iran – many of them alone and in hiding – are using secure phone apps to watch live Christian shows and connect with other believers.