LOVES PARK, Ill – With on-the-ground reports indicating Russia’s coronavirus peak is less than two weeks away, a pioneering ministry to the former Soviet bloc today launched a global campaign – “Christ Over COVID:  Much Prayer, Much Power” – calling for prayer and urgent relief for orphans, widows, and families. 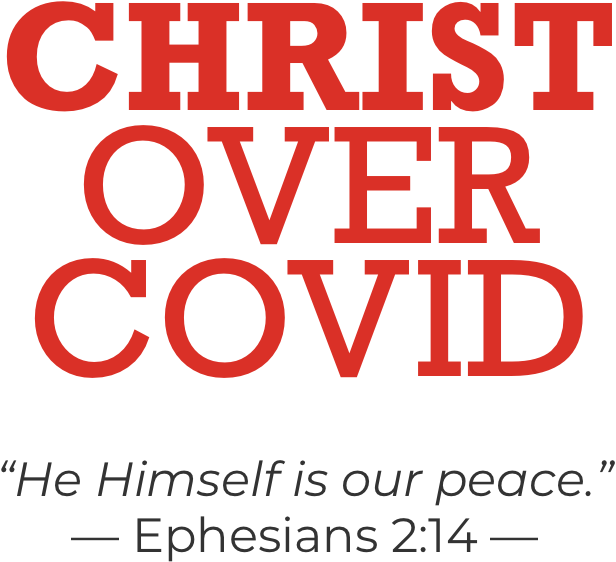 “Right now, God is using COVID-19 to open hearts like nothing we’ve seen since the fall of the Iron Curtain,” said Michael Johnson, president of Slavic Gospel Association (SGA, www.sga.org) – an evangelical organization that has led the way in supporting local pastors and churches in this region for 80-plus years.

For decades, SGA founder Rev. Peter Deyneka – a Belarussian immigrant to the United States known as “Peter Dynamite” because of his dynamic prayer life – fought communist oppression on his knees in prayer. His rallying cry – “Much Prayer, Much Power” – is the title of his 1958 book calling Christians around the world to intercede for their “suffering brothers and sisters.”

Today, says Johnson, prayer warriors are needed more than ever as COVID-19 spreads across Russia, Georgia, Ukraine, and other Slavic nations – as well as threatening the Russian-speaking community in Israel.

As Americans cope with the economic pain of widespread lay-offs and unpaid furloughs, millions of people in Russia and neighboring countries are in dire straits, with no safety net or stimulus package to help them. Even in normal times, the average monthly salary in Russia is about $500, with many surviving on much less.

Most of the former Soviet bloc is on lockdown – with martial law in some areas of Georgia, extended quarantine measures in Ukraine, and potential imprisonment for quarantine violators in Russia, where tankers are spraying disinfectant over Moscow’s streets. Russia expects its infection rate to peak in about two weeks, and reports suggest the eventual death toll will be severe.

“People in the villages are saying, ‘only your church helps us’,” said Johnson, whose Illinois-based organization supports a grassroots network of evangelical missionary pastors and churches in cities and rural villages across a 4,170-mile landmass — stretching from Eastern Europe to the Bering Strait off the coast of Alaska.

“Everything is in God’s hands,” said Stas, an SGA-supported evangelical pastor in Russia. “We are trusting in the Lord, that he will not abandon us.”

Despite their own financial hardships, evangelical church members in Russia are sacrificially setting aside funds to help their neighbors in the days ahead, said Pavel, a local pastor. “With each week of this quarantine, there will be more homeless and hungry people,” he said.

Faithful congregations supported by SGA are delivering food packages to their most needy neighbors and the homeless, but they admit if the crisis lasts more than a month “we just don’t know what to do.”

SGA-supported pastors are keeping in touch with their quarantined church members over the phone and online, recording messages and sermons, and encouraging elderly shut-ins and people with disabilities who are among the most at-risk.

Amid the widespread fear and social restrictions, evangelical church leaders in Kazakhstan, central Asia, say there’s a new openness to the Gospel. In state-run orphanages, the children and workers are eager to hear about God.

“The children are praying like never before, singing Christian songs, and memorizing the Psalms,” said an SGA-supported missionary.

“I know that as Christians in America, we have a lot to deal with right now,” said Johnson, “but this is a breakthrough moment for the Gospel in the Russian-speaking world — and our church family is believing that ‘much prayer means much power’.”

Go to www.SGA.org/COVID to sign up to pray and receive updates about how God is working through evangelical churches in Russia during the crisis.

Photo Cutline: ‘CHRIST OVER COVID’: Slavic Gospel Association (SGA, www.sga.org) — a pioneering ministry to Russia and the former Soviet bloc — today launched a global prayer campaign, “Christ Over COVID,” calling for intercession and relief aid for orphans, widows and families as COVID-19 spreads through the vast region, a landmass that stretches more than 4,000 miles across Eastern Europe and Asia.